dr. moore is a conscious wanderer, consistent wonderer, originally from the south suburbs of Chicago and now a resident of Bronzeville. She is a lifelong learner and educator who works for ConTextos. When not writing stories or facilitating others in the writing of their own, she can be found putting together expert level Legos.

What brought me to ConTextos?

Ultimately, what brought me to ConTextos was the Universe and its infinite energy. More practically, however, I am at ConTextos because of my parents, Nathaniel and Dorothy Moore. Though I was born and raised in south suburban Chicago, Markham to be precise, I left the area in 1993, after having spent my 20s residing at various addresses in and around Wrigley Field. Although I traveled back and forth to Chicago for visits at holidays and birthdays, my life was elsewhere. I was a professor at the University of Nevada, Las Vegas for eight years, and then I worked at the College of Southern Nevada and the Oklahoma State University, Oklahoma City. Ultimately I tired of shifting from one locale to another and decided to head home to be closer to my parents and family. I also decided that I wanted to be an educator in situations that afforded greater connection and opportunity to serve communities that looked like me and lived in similar circumstances. So, I became certified to teach high school through Teach for America, landing at Ralph Ellison High School in Auburn Gresham. It was there that I found my place, working with young people and helping them center their voices and experiences. As fate would have it, ConTextos began a year long program at Ellison in my second year. ConTextos ran a workshop to give the Ellison staff a feel for what it does. I was immediately taken by the sincerity, candidness, mission, and passion Deb Gittler and Lisa Kenner exuded. I was a faculty advisor with the program at Ellison and through the course of working with and being witness to the magic that happens in Authors Circle, a mutual appreciation grew. The rest, as they say, is history.

There are many things and many people who inspire me to do this work. My time teaching at Ralph Ellison was a revelation. I had spent my time as an educator in colleges and universities in other parts of the country. And though I read magazine and newspaper articles about the general state of the American education system k-12, it is one thing to read about it or watch a news segment or documentary about it, and something else entirely to experience it firsthand in the classroom. Though I was fortunate enough to work alongside dedicated and inspiring individuals, I quickly realized the disparity in resources, the lowering of expectations and the general undeserving of student needs which exists in Chicago, and I realized that I had a responsibility to do what I could in my classes, in my school, and in my community to affect change. Change happens when good people do good work, whether that is 100 people or ten or one. Working at Ralph Ellison was a start and my efforts continue here at ConTextos.

Who are your favorite cultural heroines? What appeals to you about them?

Three of my favorite cultural heroines are Harriet Tubman, Audre Lorde and Toni Morrison. As an individual rooted in words and stories, these Black women speak and inspire. When I first read Tubman’s inquiry, “Ain’t I a Woman?” I realized the intersectionality of her existence: former slave, Black, woman, mother in a time and in a nation that would deny her very humanity. Tubman needed no external answer, however, for she knew her own worth and fought for that ultimate freedom for her brethren. Audre Lorde’s Zami: A New Spelling of My Name remains a touchstone. It was one of the first times I saw much of myself reflected and ultimately celebrated in American Literature. Lastly, Toni Morrison, is, well, Toni Morrison: perhaps the greatest Black author ever. She unapologetically crafted decidedly Black stories about Black people and Black existence, giving not one whit what some critics and some readers thought. As a young Black woman and now a much older one, I have revelled in the richness of Sula Peace and Pecola Breedlove, Macon Dead III and Sethe. Their stories aren’t mine exactly, but their stories are the stories of the Black diaspora, and those stories beget the stories I write and tell.

Which word represents the first 10 years of ConTextos?

This question is as difficult to answer as coming up with one word to describe or explain Authors Circle. I write that first to say that this one word could be many other single words, but today, in this moment, “responding” fits. I selected “responding” because from its incubation as a thought bouncing around in Debra’s and Zoila’s minds, ConTextos grew out of a desire to respond to a known need. And then throughout every iteration, ConTextos has tried to respond to the next need and the unknown needs that emerge as well. What started out focused on literacy and teacher training morphed into books and libraries and the needs of those lost in the carceral system to be seen and heard. So one thing that ties the last ten years of ConTextos together is its ability and willingness to respond. 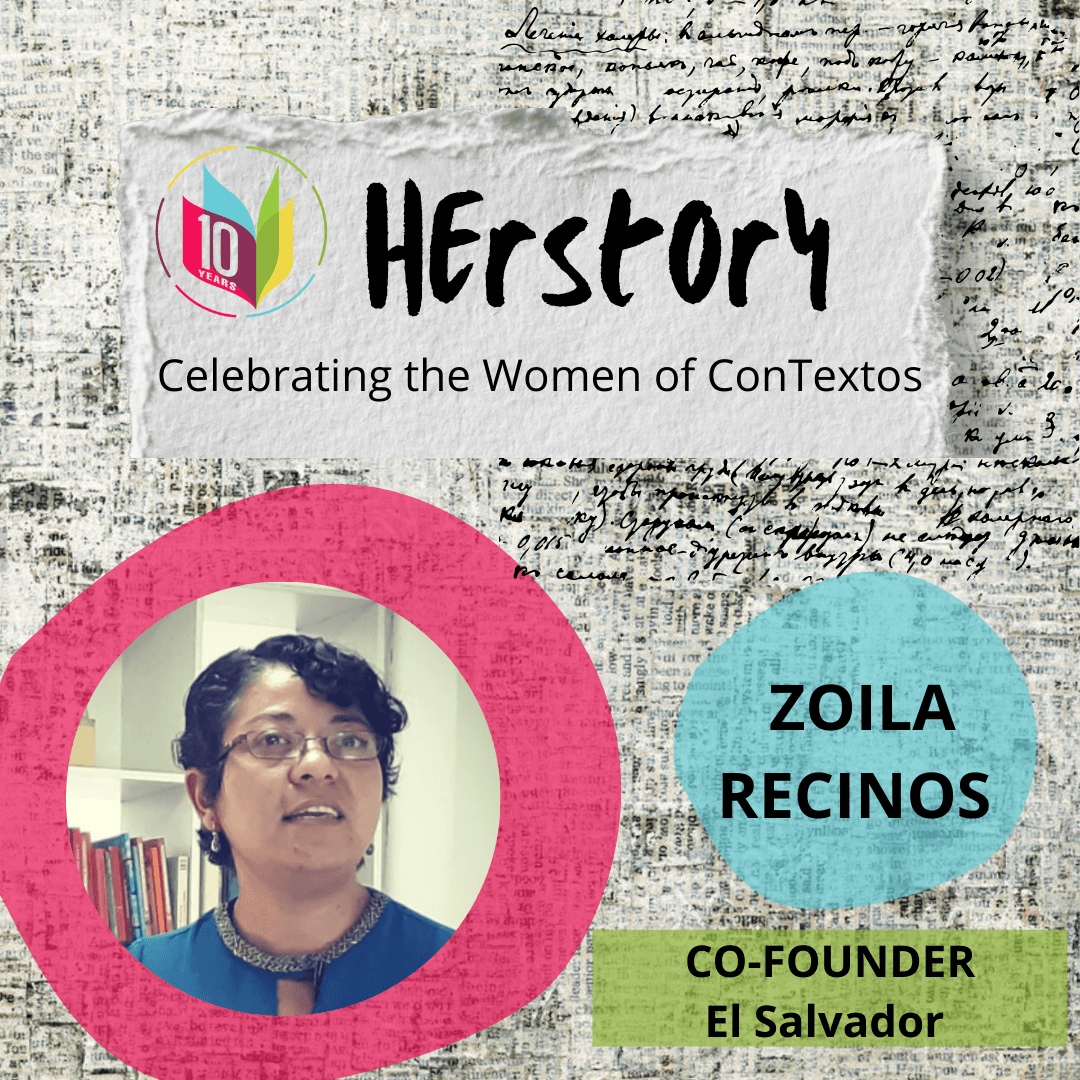