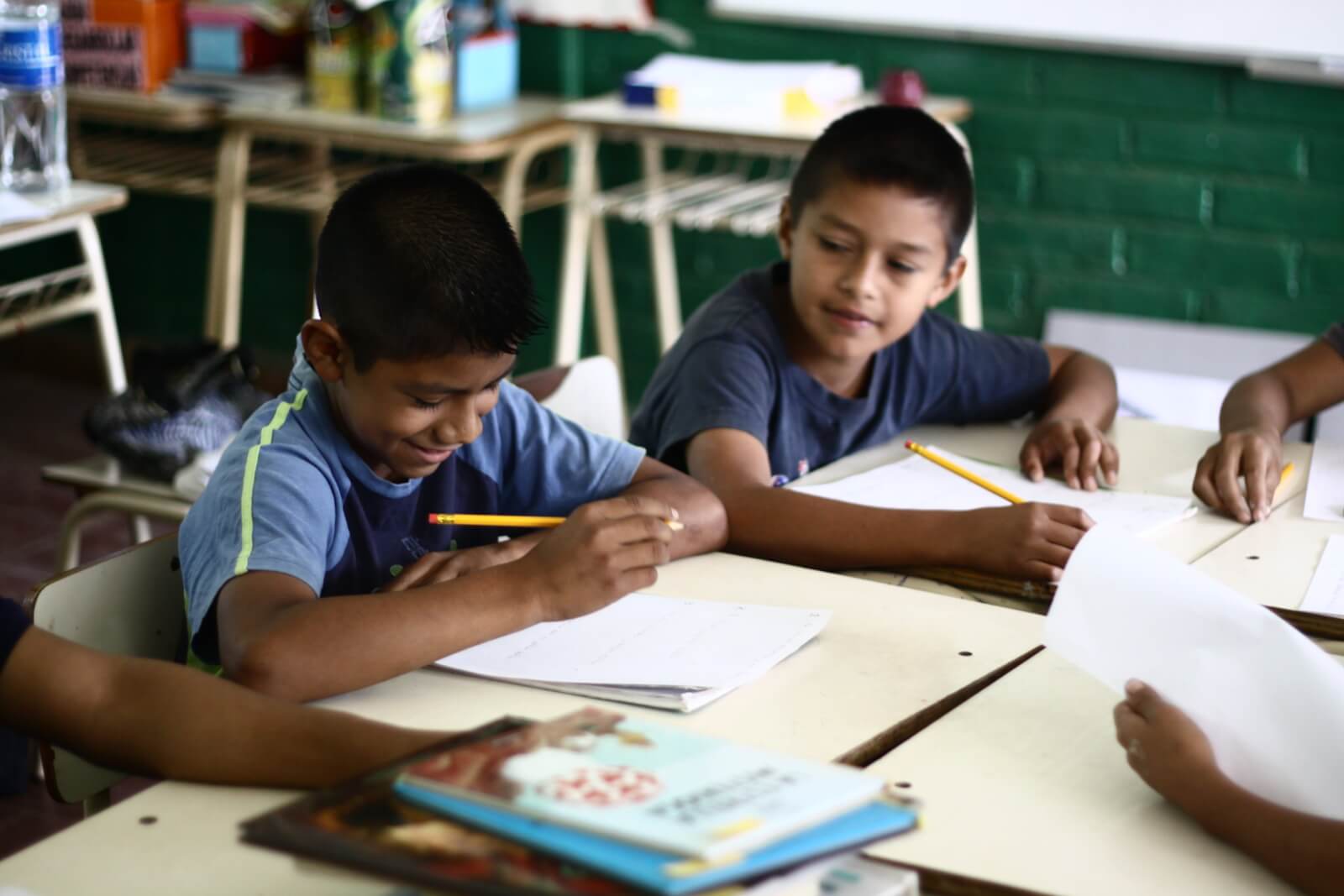 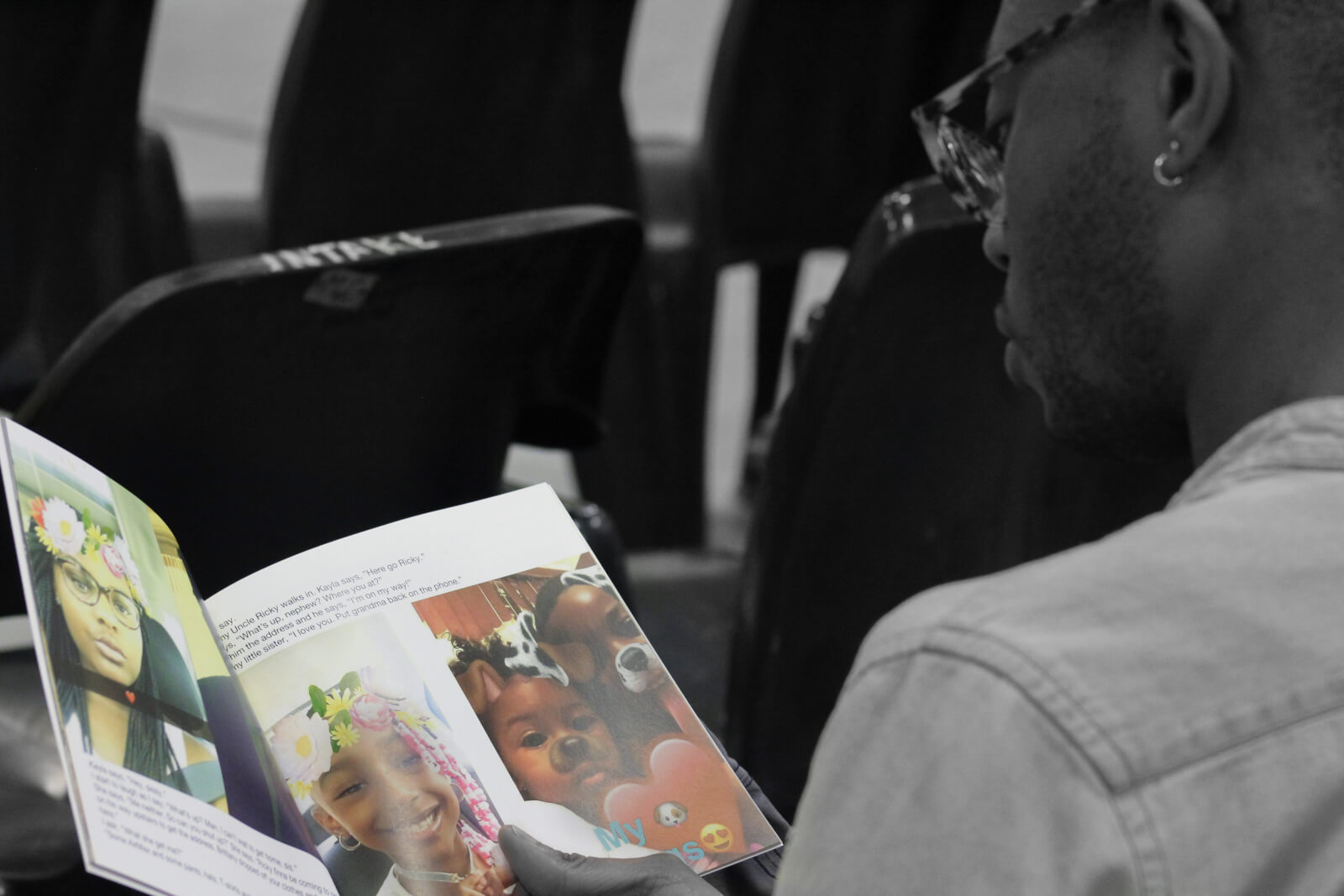 Geographic areas don’t determine violent behaviors, nor does race, gender or class. Rather, victimization begets victimization. Most violence is not arbitrary, but a reflection of trauma; hurt begets hurt—those who are hurt are likely to hurt others. Violence is not just a moment with victimizer and victim, but rather a spectrum along which witnesses are likely to become victims are likely to become perpetrators. These individuals deserve opportunities to develop the socio-emotional skills to confront and navigate their past and the constant traumas around them in order to develop essential skills to thrive in life, learning, and relationships.

We believe in healing, not punishment. We believe in consequences, but also in compassion. Our theory of change is based on the belief that cycles of violence can be interrupted by co-creating spaces of healing and empowerment, and that young people deserve tangible, high quality opportunities that support both process and product. 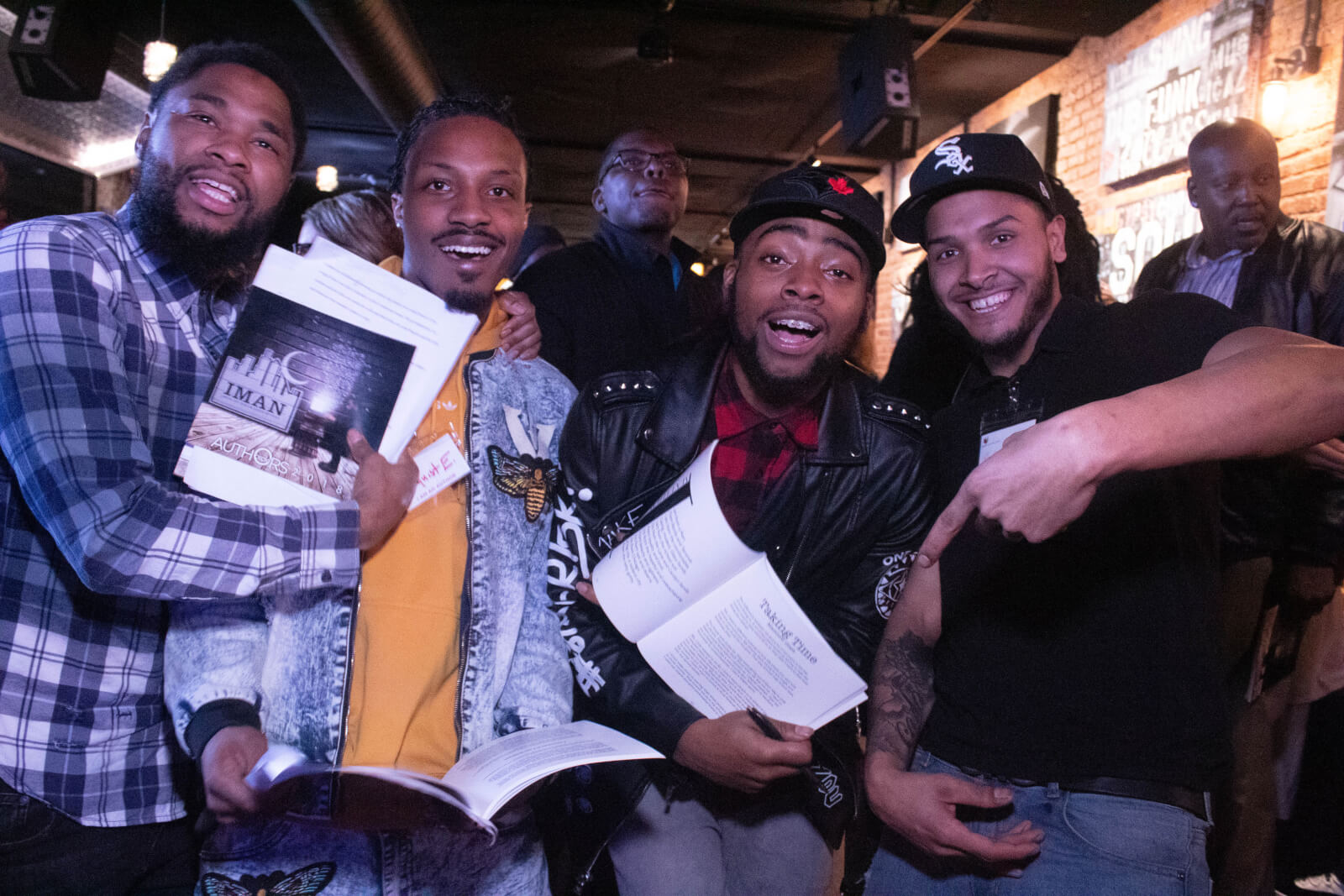 We interrupt social networks of violence by interrupting at these key moments Prevention – Trauma – Criminalization
Research calls this social network the “victimization network.” In ConTextos, we see this network of violence as a spectrum of experience:

Those who have been shot or directly experienced violence as witness or victim.

Those who might be exposed to violence in their community, but not necessarily directly affected, are key to prevention.

Those who have been arrested, incarcerated, actively within the court system, on probation, parole or electronic monitoring (for violent offenses). 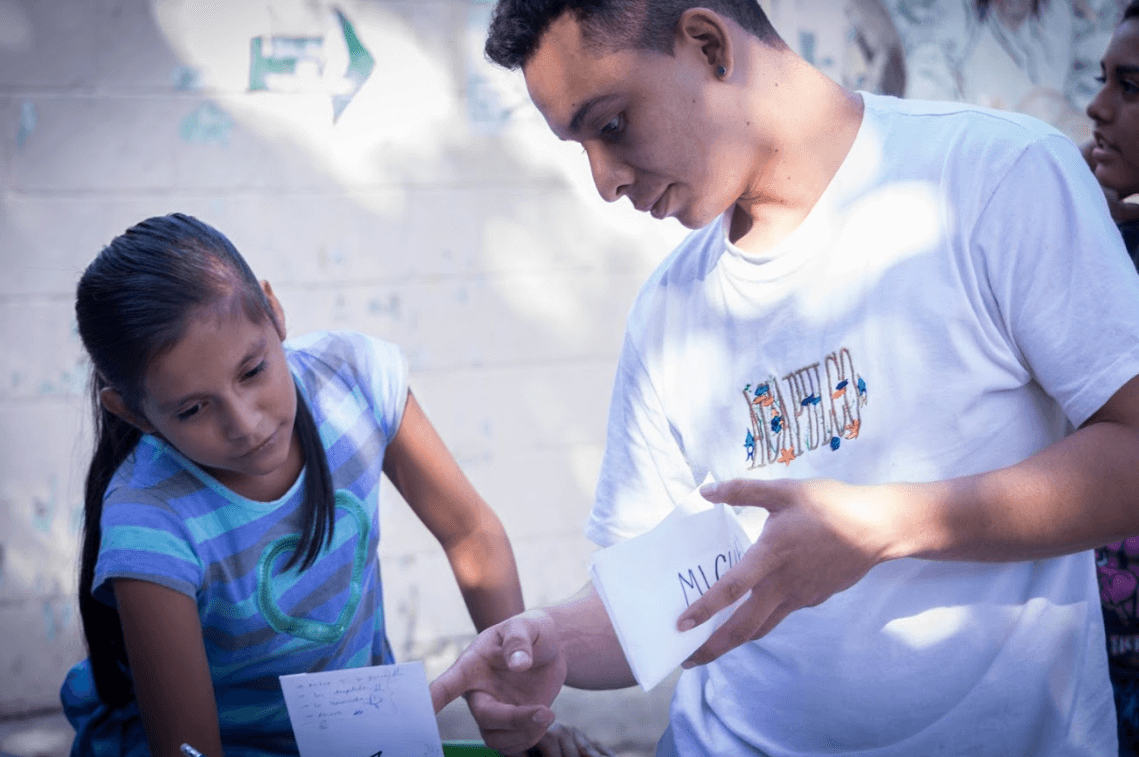 From Hurt to Healing 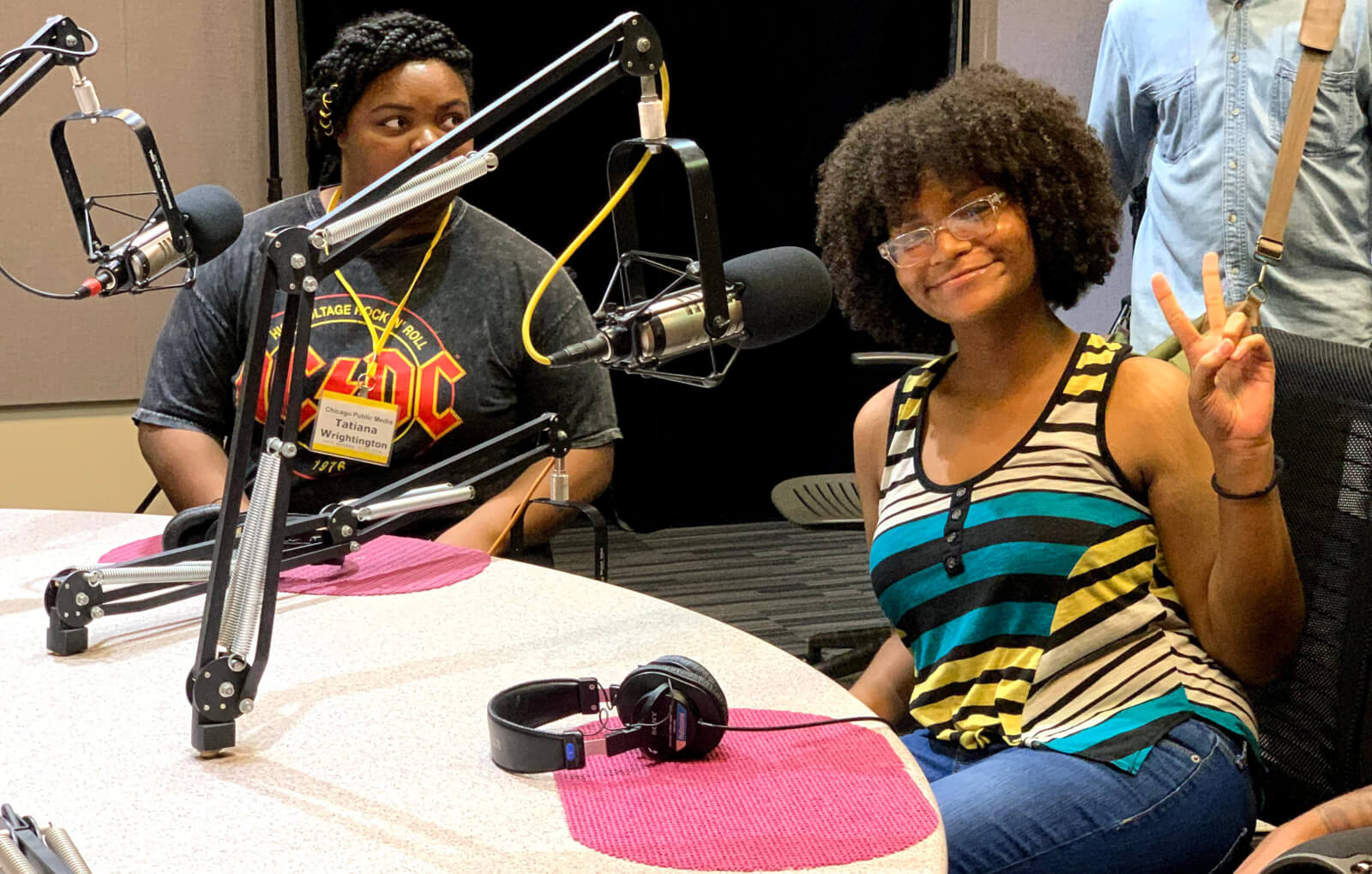 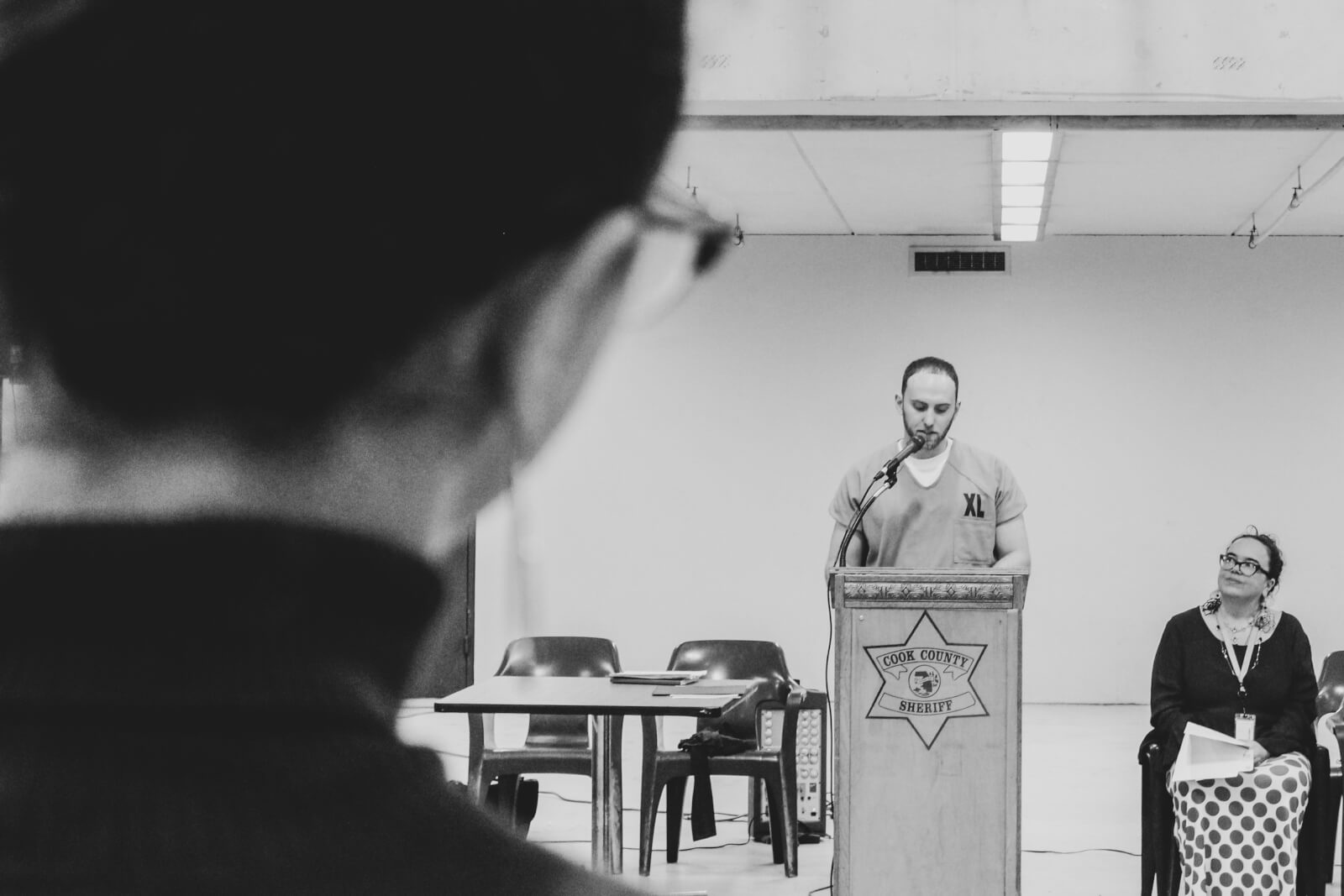 Those who are attempting to interrupt the network of violence, as direct actors through reentry, programming, legal economy, or as advocates such as family members, thought leaders, law enforcement, general public.

We work with juveniles and adults who are awaiting trial and accused of, or have been sentenced mostly for violent offenses.

We believe the purpose of schooling is to create well-rounded and positive citizens, not just prepare for college and employment. That’s why our work with schools focuses on working with teachers as key components for lasting change, to create learning environments that promote reflection and dialogue as the foundations for emotional and professional success.

We work in workforce development, reentry, alternative sentencing, and community centers to reach individuals who are currently on probation, house arrest, just leaving jail or prison, or at elevated risk of violence involvement.

Research Behind Our Work

ConTextos’ unique approach develops essential social-emotional skills to reduce involvement in violence amongst individuals at the most elevated risk. 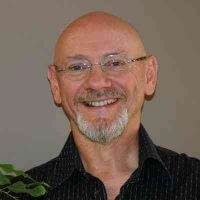 Dr. James Garbarino, Loyola Professor of Humanistic Psychology and Advisor to ConTextos focuses on social ecology of child and adolescent development, with emphasis on trauma and violence. An awarded author and expert witness in renegotiating sentences for youth, Dr. Garbarino supports writing about trauma in an interactive, iterative way as more effective than just talking about it, especially “when aiming to rehabilitate and transform the minds and hearts of young people engaged in violence.” ConTextos’ unique approach develops essential social-emotional skills to reduce involvement in violence amongst individuals at the most elevated risk. 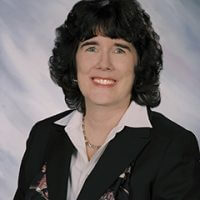 Dr. Claire Burke Draucker, an expert in narrative therapy noted programs like ConTextos “open up possibilities for constructing new life narratives…[with] moments of strength, autonomy, and emotional vitality hidden in life stories that are otherwise saturated with suffering and oppression.” 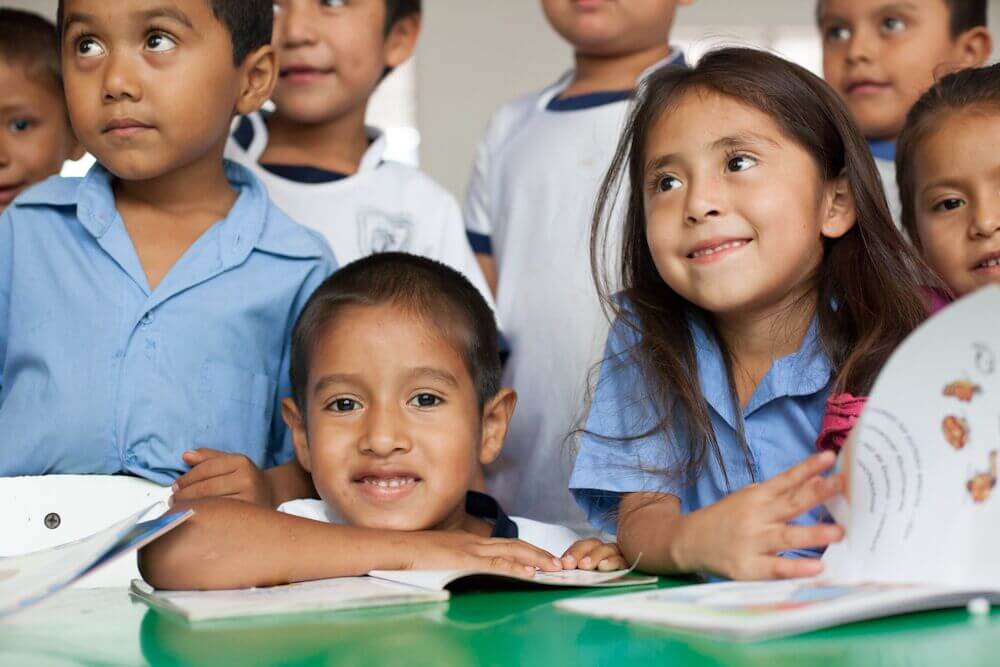 ConTextos launched in 2011 to transform traditional, rote education into dynamic learning environments that promote deep-thinking, engaged dialogue, and expression. Working in El Salvador, “the homicide capital of the world,” students who were exposed to this new model of learning began to share their unique ideas, opinions and experiences, engaging in dialogue and debate. And they demonstrated the natural human instinct to share their real lived experiences, in conversations and writing – stories that navigate the violence and trauma of poverty, migration and gangs.

In 2011, co-founders Debra Gittler and Zoila Recinos launched the pilot of a teacher-training program at three schools in El Salvador based on two types of talk in the classroom and lifting the level of thinking.

After two years of trial and error, the team saw meaningful changes in schools. Kids were reading books every day. They were asking questions in class, taking books home, parents were getting involved. And notebooks were no longer just for copying off the board… they were deposits for students’ authentic thoughts and ideas. 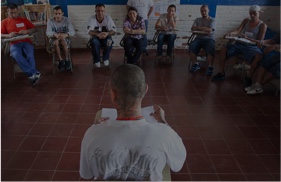 Transition from Education to Criminal Justice

Authors Circle (Soy Autor in Spanish), an intensive writing and social-emotional learning program, was developed to foster healing and reflection amongst victims, witnesses, and perpetrators of violence and trauma. From schools and communities, ConTextos quickly expanded into juvenile detention and gang and civilian prisons. The published works from these Authors, individuals whose stories and experiences often ignored, are then used to train teachers, law-enforcement, and thought-leaders about the real challenges and sentiments of some of the most vulnerable young people in the Americas. 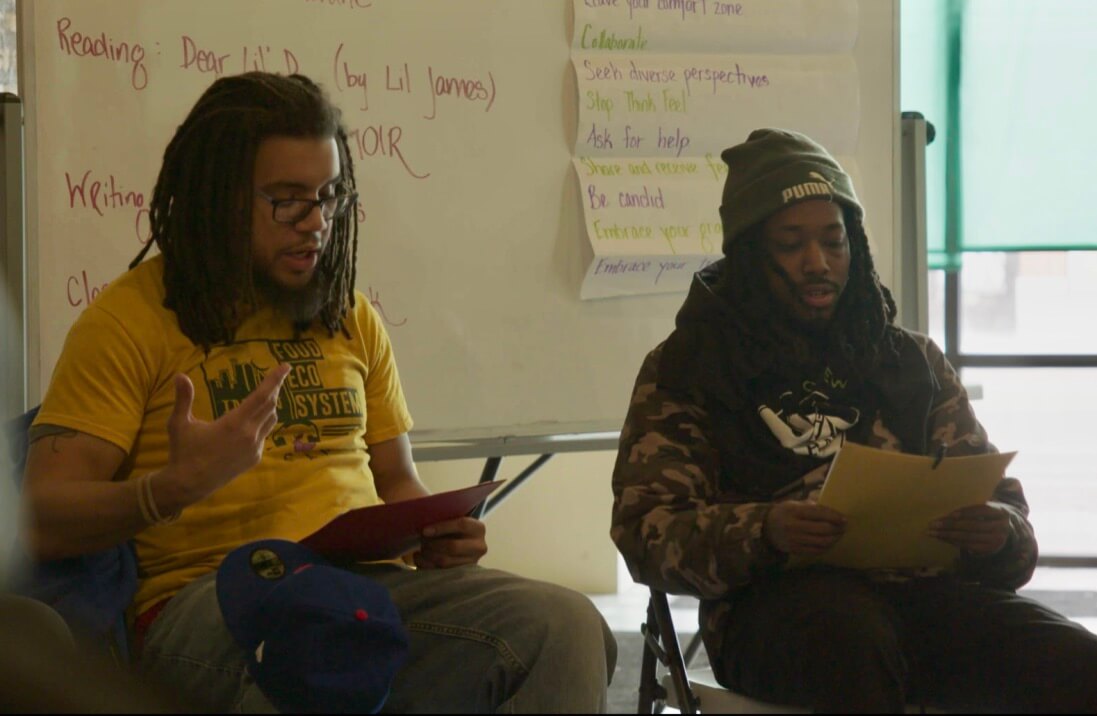 In 2016, ConTextos was asked by Cook County Sheriff Tom Dart to bring Authors Circle to Cook County Department of Corrections (CCDOD) as part of his vision for criminal justice reform. ConTextos adapted its programs to meet the needs of Chicago’s violence and trauma-exposed youth, and quickly expanded into community-based workforce development, and schools.

Meet our Founder and Executive Director

In 2011, Debra L. Gittler launched ConTextos with limited funding and an ambitious goal to transform the learning experiences for young people in El Salvador’s most ignored and under-resourced communities. Since then, she has raised over $5 million and expanded ConTextos reach into Honduras, Nicaragua, Guatemala and in 2016, opened an office and began building a team in Chicago, IL. Under her leadership, ConTextos has carved a unique niche at the intersection of education and justice reform to lift up the voices and support the social-emotional learning of young people living in some of the most violent and trauma-prone contexts of the Americas.

An avid reader and writer throughout childhood, while in college, Debra worked as a Writer-in-Residence in Detroit Public Schools. She started her career as a bilingual teacher at PS 63, a NYC public school in the Bronx, and then moved to Honduras where she taught literature and language arts at a small school with a strong social change mission. From Honduras, she was recruited to be the Coordinator and Lead Author of El Salvador’s national teacher training strategy in literacy instruction, part of a regional Latin American reform strategy to improve the quality of education, funded by USAID in conjunction with the Ministry of Education.

Debra received her master’s from Harvard Graduate School of Education (2010) with a focus on international policy and social entrepreneurship. She holds an MS in Bilingual Education (2004) from City College of New York and a BS in Int’l Community Development from the University of Michigan (2002). Debra has been recognized as an Echoing Green Global Fellow (2013), a Truman National Security Fellow (2015), a Schusterman REALITY Fellow (2016) and an Aspen Institute Global Leadership Fellow (2017). She has been featured on WBEZ, WTTW, the Sun-Times, El Diario de Hoy, La Prensa Grafica, Revista Mujeres, amongst other publications, for her work with ConTextos.

Debra enjoys going to the beach in Michigan and has a daughter named Ezra. 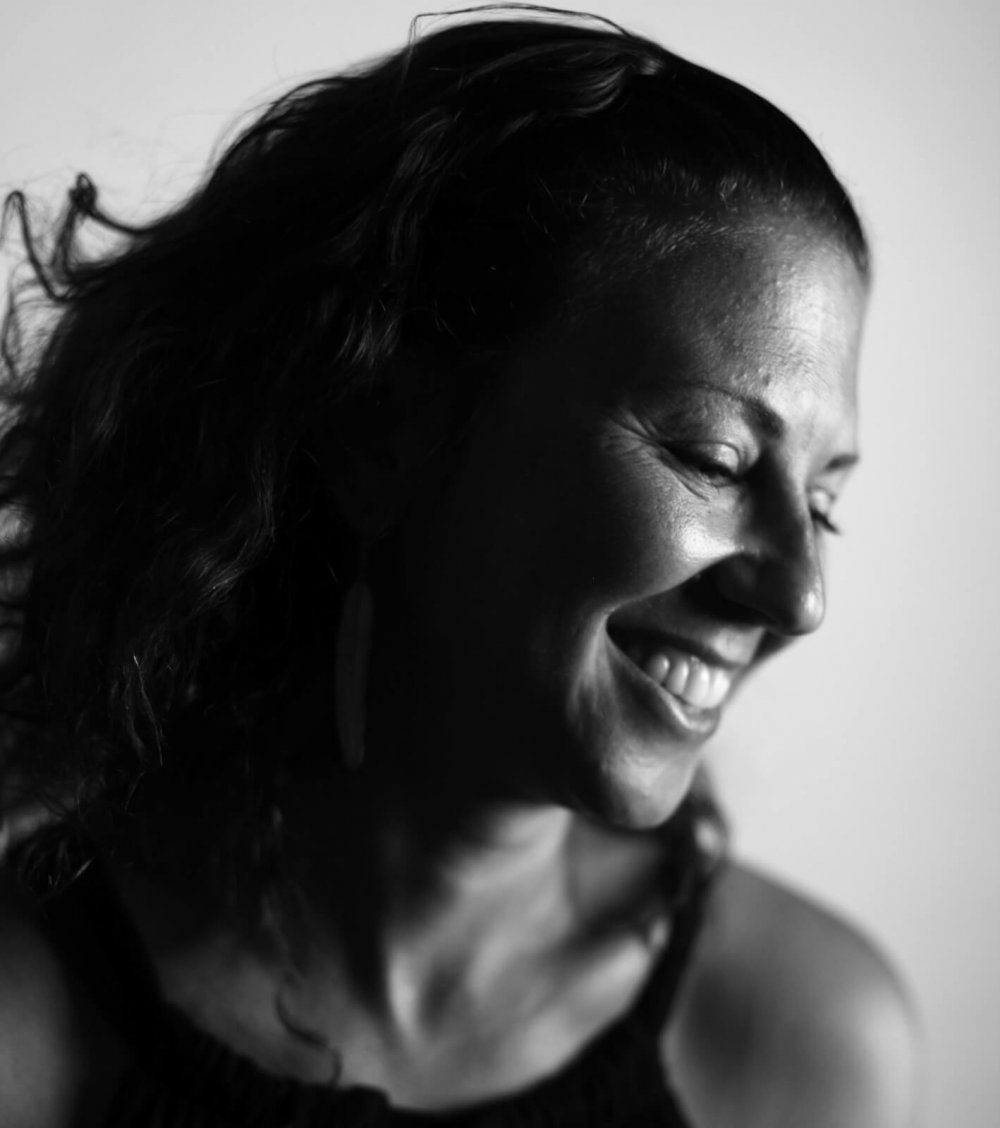 Chairman of The Board, Contextos