Chicago Sun Times: First feel me, then heal us, Chicago man who knows violence all too well writes

EDITOR’S NOTE: Charles Woodhouse Jr., 25, was born and raised in Auburn Gresham. At 15, he was shot 21 times, then later served five years on a felony conviction for nonviolent possession of a gun. He is a published author and co-producer of the podcast “Complicating the Narrative,” both through the organization ConTextos. He’s also a participant in the IMAN Green Reentry Program and a proud father and father-to-be. And he desperately wants to speak for himself.

One hundred shot in a weekend. And it’s not even July 4. I keep getting asked: What’s going on in Chicago? And what do we need to do to finally, for once and for all, address this violence?

See, people think I’m an expert because they think I carry a gun. And they know I’ve been shot. They know my story . . . as a statistic. And as sensational. I’ve been interviewed, quoted, invited to dinner so many times in the past couple years. My personal story is so outrageous and also a not-so-hidden gem in Chicago.

You want to understand this violence? Understand me.

When I was 11 years old, I witnessed my first murder. I grew up and have lived almost forever in Auburn Gresham. Foster Park. I’ve heard that a lot of people don’t know about Foster Park, but, if you’re on the South Side, if you’re a young Black man, you know Foster Park.

When I was 15 years old I was shot 21 times. By several shooters who targeted me directly. That was right down the street from my home. I spent two years in therapy, learning how to walk, drink, eat, talk again.

At 17, just coming home from a colostomy bag reversal and barely able to walk, I was sent to prison for an aggravated robbery I did not commit. But because of a lack of knowledge of the legal system and a not-so-good attorney, I was sentenced to six years. I have already been convicted of this, so I have no reason to lie. I DID NOT DO IT. I returned home at the age of 20 with no education and no way of getting a job to provide for myself. I wanted to go to school but had no means of transportation, and the CTA was at the time too dangerous for me to ride. One hundred and 29 days later, I was arrested for gun possession down the street from my home coming from my friend’s place after he had been gunned down. Pretty easy to look at me and ask why these Black men, these young Black men, can’t pull it together. I can tell you why. I know why . . .

In the past two weeks, three of my friends, my colleagues, have been murdered.

Yes, this past weekend was chaotic, but this is nothing new. The problem doesn’t start with homicide counts. It doesn’t start with numbers shot. Even in my case, it starts much earlier than the event of being shot. It starts earlier in our communities.

We — and I’m talking about Auburn Gresham, but I think I’m also talking about so many neighborhoods and so many young Black men — have constantly lived in trauma. When I was 11, no one talked to me about what I saw. When I was 15 and got shot 21 times close to my own home, I never had the opportunity to really heal. Not because I didn’t want to, but in the years of mourning, and then surgeries and therapies, healing wasn’t the goal — fixing me was. Fix my wounds, fix my sores. I’m still fixing my hands that still swell and can barely move and my shoulder that easily displaces.

Overall, I am OK physically — I’m alive. I walk.

But mentally and emotionally I am hurting. And so many like me are. Right now, I’m on electronic home monitoring — house arrest — which might seem like a good deal. Compared to these past eight years and learning how to walk again and eat again and use my hands again so that I can write something like this, no one helped me or my family or my community heal the emotional scars. Three years to heal from those physical wounds. I was just sent home.

To the same home that I was shot only a few steps from.

The same home I lived in when I saw my first murder.

The same home where I was when my neighbor, my friend, was murdered.

The same friend whose name I wear tattooed on my arm.

All of this is hard to confess. And if it wasn’t for the support of my family and these amazing programs, I might not even be able to mention it.

In order to change things we must first give the opportunity to heal from the scars that are so deep. Creating a more healthy environment. To this day, I still deal with the things I have gone through. But I am lucky to have a platform to express myself. Through podcasting and writing. Taking the steps to what I need to heal. But as I said I’m a lucky one. There are tens of thousands like me that don’t have the resources to get better. We count 104 shot, 15 murdered. But what about the hundreds who witnessed those deaths, those shootings, that insecurity, that fear?

Our trauma isn’t in numbers dead or numbers shot. It’s in the much larger numbers of those who carry this story, this pain. We have never been given the opportunity to reach our full potential. Even now in a stage in my life where I am trying to do better and redirect, I’m still dealing with electronic monitoring. Am I better off? I can’t leave home to visit my grandmother who raised me. Or my 2-year-old daughter. Or the mother of my child who will be born in six months.

I want to go to college, but I’m not even sure if I’ve graduated high school. When I was a sophomore in high school I was expelled from CPS and forced to go to south suburban schooling and am not sure if I have the credits to graduate because of me being shot and having to do online schooling. I want to be a good father, but I’m not sure I have any option other than minimum-wage employment or any real options for my kids to guarantee their success. What has hindered my growth? It took me three years to fully heal from my gunshot wounds, I have spent more than five years in prison for charges not because I ever was accused of hurting someone but because I was accused of carrying a gun. No one was ever charged with my shooting. Or my friend’s death.

These past two years on electronic monitoring have been the hardest. I am fighting a pending charge and am on bond. One of the stipulations of my bond is electronic monitoring. It has been mentally draining. I know that the programs that support me (ConTextos, IMAN) are great programs with the best intentions, even backed by a great pro-bono attorney who believes in me — but somehow we’ve missed the most important steps:

See shootings not just as crime scenes but as trauma scenes. My colleague Johnny Page, who has mentored me over these past two years, reminds me that even with his 20-plus years in prison, it’s his shooting from before, when he was a teenager, that most impacted his mindset and still, 30 years later, is the trauma he deals with. We need to support the survivors — the gunshot victims, the witnesses, the families, the neighborhoods. We deserve comprehensive therapeutic care — not just traditional therapy — so we can heal the past and the present, so we can see something better in the future.

Establish programs and centers that are truly here to heal and repair. My past case manager Billy Moore, whose son Billy Jr. was one of my friends, has inspired me to believe in forgiveness and restorative justice. He was able to be forgiven by the family of his victim and to act upon that forgiveness. I’d like to learn how to forgive. And to be forgiven.

Establish programming that provides real opportunities and safe housing. I spent too much of my childhood trying to heal, only to be offered short-term programs toward jobs but not careers. College is four years. Post-college education is infinite. In my neighborhood, it’s the dollar store, rapping, basketball or blind hope. I’m still in the sheriff’s custody, so I shouldn’t say that it also means protecting me and mine. I don’t do that now, but I understand why people do. And why they seek justice. Or revenge. Or just lash out in anger and frustration.

We need to be willing to listen and learn from one another no matter our background, ethnicity or social status. We must have the opportunity to share our stories — our fears and mistakes and hopes. What would also help fix the broken people among us is fixing the broken systems that continue to see some of us as broken, rather than seeing us as hurt.

Heal. We — people like me — need to heal from all this hurt.

Do we really want Chicago to only be known for its violence? Or can we take a chance and let us be known for a real investment in healing? 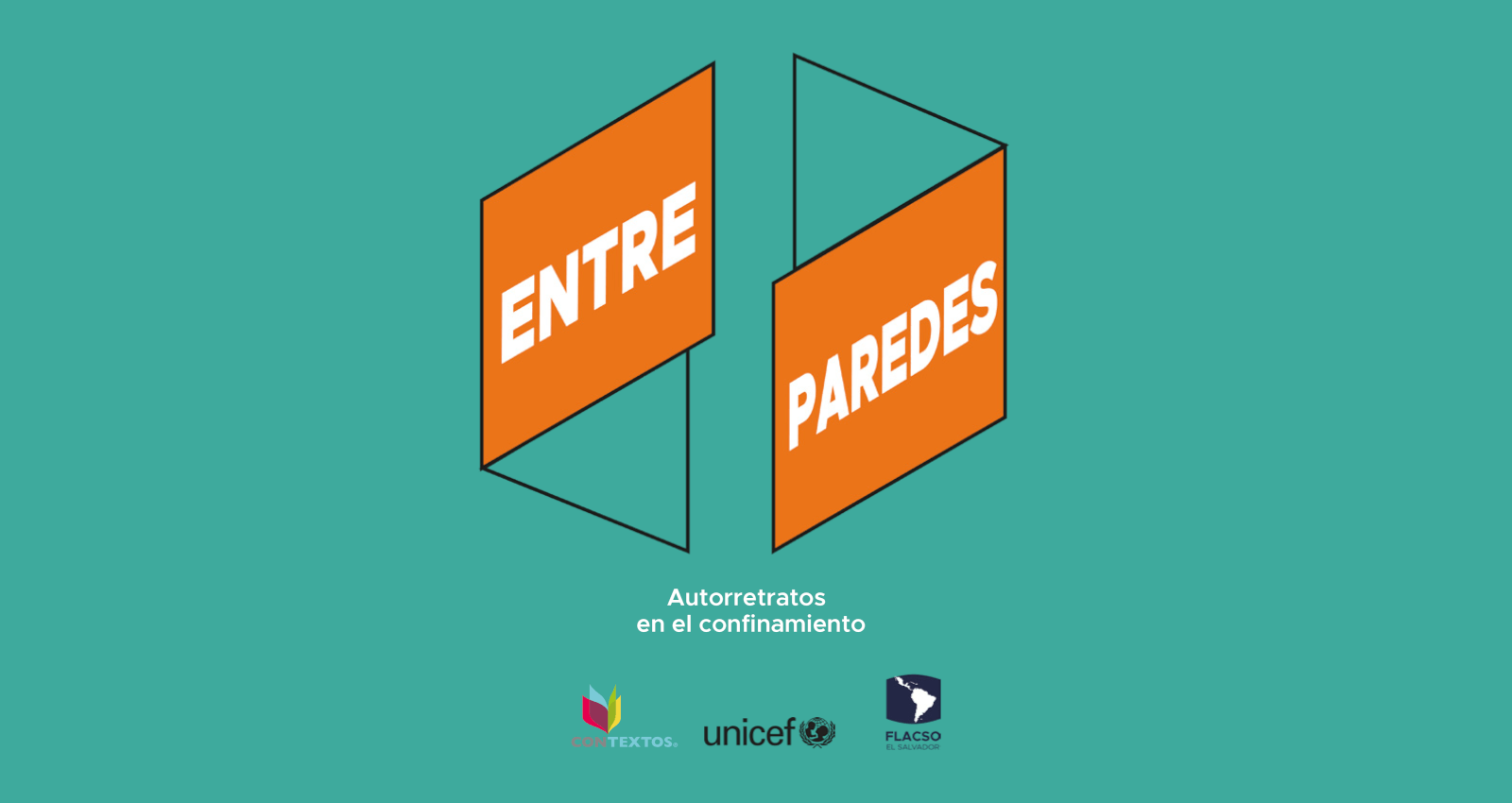 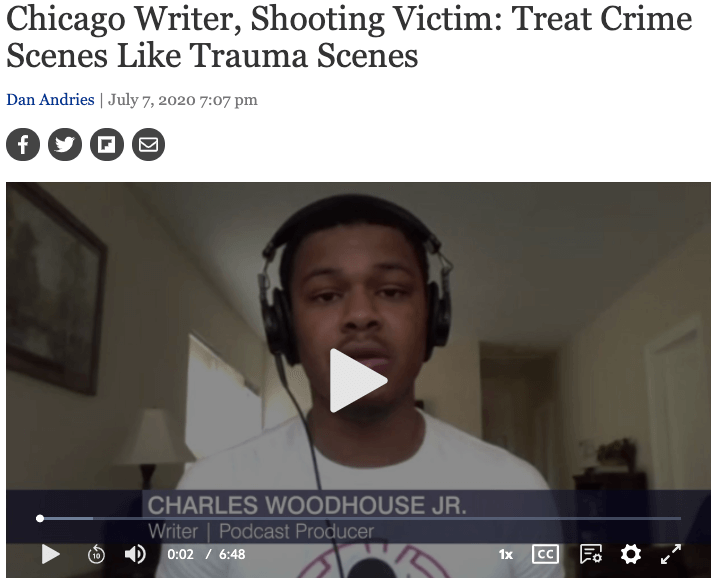 Over the July Fourth holiday weekend, 87 people were shot, 17 of them fatally. Mayor Lori Lightfoot says the violence feels personal to her, and she…